Adopted by Resolution 260 (III) A of the U.N. General Assembly on 9 December 1948.
Entry into force: 12 January 1951.
List of parties to the Convention (UN status report), Nations that are NOT party to the Convention (this website) 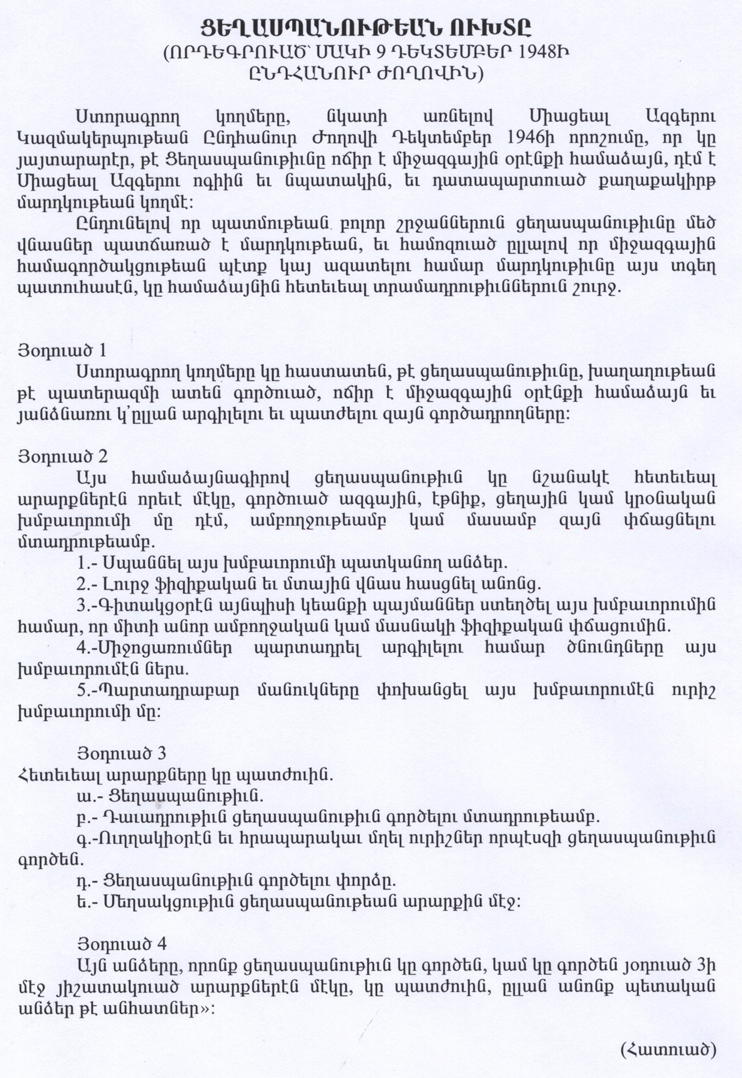 Recognizing that at all periods of history genocide has inflicted great losses on humanity, and

Being convinced that, in order to liberate mankind from such an odious scourge, international co-operation is required,

Article I: The Contracting Parties confirm that genocide, whether committed in time of peace or in time of war, is a crime under international law which they undertake to prevent and to punish.

Article II: In the present Convention, genocide means any of the following acts committed with intent to destroy, in whole or in part, a national, ethnical, racial or religious group, as such:

Article III: The following acts shall be punishable:

Article IV: Persons committing genocide or any of the other acts enumerated in article III shall be punished, whether they are constitutionally responsible rulers, public officials or private individuals.

The Genocide Convention in 35 languages

Kofi Annan's April 7, 2004 Action Plan to Prevent Genocide On the 10th anniversary of the 1994 Genocide In Rwanda, Annn announced his Action Plan and announced the future appointment of a Special Advisor on Genocide Prevention.